Get in touch with nature at Catacombs of Odessa and The Odessa Port. You'll get in some beach time at Lanzheron Beach and Otrada. There's still lots to do: make a trip to Deribasovskaya Street, test your team's savvy at popular escape rooms, take in the architecture and atmosphere at Spaso-Preobrazhensky Cathedral, and see the interesting displays at Secrets of Underground Odessa Museum.

Fes, Morocco to Odessa is an approximately 15- hour flight. Due to the time zone difference, you'll lose 2 hours traveling from Fes to Odessa. Traveling from Fes in November, you will find days in Odessa are cooler (10°C), and nights are slightly colder (3°C). Wrap up your sightseeing on the 3rd (Sun) to allow time to travel to Kiev.
more less

Catacombs of Odessa
Find places to stay Nov 28 — Dec 3:
Hotels on TripAdvisor
Homes on Airbnb
Highlights from your plan

Get some cultural insight at Kyivo-Pechers'ka Lavra and St. Michael's Golden-Domed Monastery. St. Sophia's Cathedral and St. Volodymyr's Cathedral will appeal to history buffs. There's lots more to do: hit the best photo ops around with an inspiring photography tour, contemplate the long history of The House with Chimeras, get the lay of the land with Walking tours, and examine the collection at Pirogovo Open-Air Museum.

Plan my trip to Kiev with suggested itineraries provided by Inspirock.

You can fly from Odessa to Kiev in 3 hours. Other options are to do a combination of flight and shuttle; or drive. Expect a bit cooler weather when traveling from Odessa in December: highs in Kiev hover around 2°C, while lows dip to -3°C. On the 10th (Sun), wrap the sightseeing up by early afternoon so you can travel to Yaremche.
more less 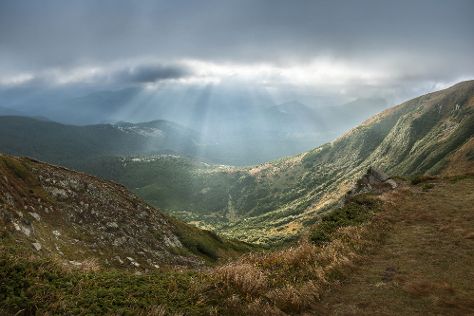 ©
Yaremche is a city in Ivano-Frankivsk Oblast of west Ukraine. Get some historical perspective at St Elias Wooden Church and St. Michael's Wooden Church. Get outdoors at Hoverla and Ski Resort Bukovel. When in Yaremche, make a side trip to see Pysanka Easter Egg Museum in Kolomyia, approximately Kolomyia away. The adventure continues: take in the awesome beauty at Rocks Dovbusha and take in the dramatic scenery at Waterfall Maiden Tears.

Do a combination of shuttle, flight, and train from Kiev to Yaremche in 6.5 hours. Alternatively, you can drive; or take a bus. December in Yaremche sees daily highs of 3°C and lows of -5°C at night. Cap off your sightseeing on the 14th (Thu) early enough to go by car to Lviv.
more less 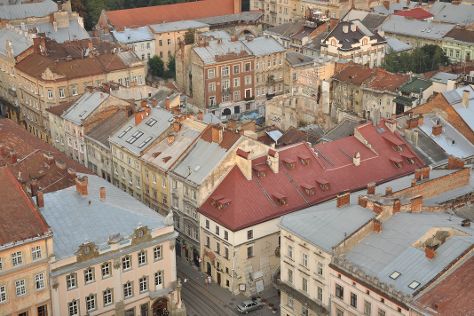 Visit Lychakiv Cemetery and Svyatogo Yura Cathedral for their historical value. Your cultural itinerary includes sights like Old Town and Olesko Castle. Change things up with a short trip to Pidhirtsi Castle in Pidhirtsi (about 1h 25 min away). There's still lots to do: make a trip to Rynok Square, appreciate the history behind Adam Mickiewicz Monument, admire the landmark architecture of Armenian Virgin Mary's Dormition Church, and contemplate the long history of Lubomirski Palace.

For more things to do, ratings, and tourist information, go to the Lviv trip planning site.

Getting from Yaremche to Lviv by car takes about 3.5 hours. Other options: take a train; or take a bus. In December, daily temperatures in Lviv can reach 2°C, while at night they dip to -4°C. Finish your sightseeing early on the 18th (Mon) to allow enough time to travel back home.
more less