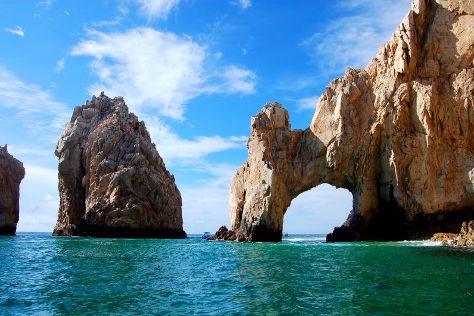 Explore the numerous day-trip ideas around San Jose del Cabo: Cabo San Lucas (Playa del Amor, Fishing Charters & Tours, & more). The adventure continues: tour the pleasant surroundings at Chileno Beach, glide peacefully along the water with some of the best stand-up paddleboarding in the area, shop like a local with Mi Casa Azul Art Gallery, and take in the exciting artwork at Movimiento Art Gallery.

North Bend, USA to San Jose del Cabo is an approximately 14-hour combination of flight and car. The time zone difference moving from Pacific Standard Time (PST) to Mountain Standard Time (MST) is 1 hour. While traveling from North Bend, expect much warmer days and a bit warmer nights in San Jose del Cabo, ranging from highs of 81°F to lows of 60°F. Finish up your sightseeing early on the 12th (Thu) so you can go by car to Cabo Pulmo.
more less 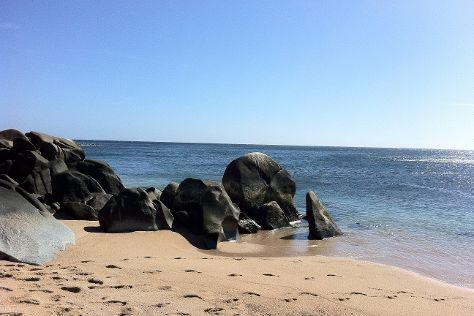 ©
On the 13th (Fri), explore the wealth of natural beauty at Cabo Pulmo Marine Preserve.

For reviews, other places to visit, maps, and tourist information, read our Cabo Pulmo itinerary builder .

Traveling by car from San Jose del Cabo to Cabo Pulmo takes 2 hours. Expect a daytime high around 81°F in December, and nighttime lows around 60°F. Wrap up your sightseeing on the 13th (Fri) to allow time to drive to Los Barriles.
more less

Things to do in Cabo Pulmo

©
On the 14th (Sat), look for gifts at Charlie's Chocolates and then take a memorable tour with Tours. Get ready for a full day of sightseeing on the 15th (Sun): enjoy some diversion at Tres Palapas Baja Pickleball and then cast your line with a fishing tour.

Getting from Cabo Pulmo to Los Barriles by car takes about 1.5 hours. In December, daytime highs in Los Barriles are 81°F, while nighttime lows are 60°F. Finish your sightseeing early on the 15th (Sun) so you can drive to Todos Santos.
more less

Things to do in Los Barriles

©
Todos Santos is a small coastal town at the foothills of the Sierra de la Laguna Mountains, on the Pacific coast side of the Baja California Peninsula, about an hour's drive north of Cabo San Lucas on Highway 19 and an hour's drive southwest from La Paz. Step out of Todos Santos to go to El Triunfo and see Cactus Sanctuary, which is approximately 52 minutes away. And it doesn't end there: look for all kinds of wild species at Tortugueros Las Playitas, take a stroll through La Candelaria, don't miss a visit to El Molino, and trot along with a tour on horseback.

To see where to stay, maps, photos, and other tourist information, you can read our Todos Santos trip itinerary tool .

You can drive from Los Barriles to Todos Santos in 2 hours. In December, plan for daily highs up to 77°F, and evening lows to 65°F. Finish your sightseeing early on the 20th (Fri) to allow enough time to drive to La Paz.
more less 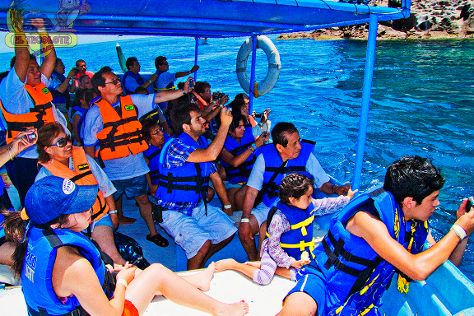 Change things up with a short trip to Rancho Cacachilas in El Sargento (about 52 minutes away). Next up on the itinerary: step off the mainland to explore Isla Espiritu Santo, explore by horseback at Rancho El Cajon, cast your line with a fishing tour, and make a trip to Malecon.

Traveling by car from Todos Santos to La Paz takes 1.5 hours. Traveling from Todos Santos in December, expect slightly colder with lows of 59°F in La Paz. Cap off your sightseeing on the 26th (Thu) early enough to travel to Loreto.
more less

©
Loreto is a city in and municipal seat of Loreto Municipality, located on the Gulf of California in eastern Baja California Sur state, Mexico.The city of 14,724 people is located about 350km north of La Paz, the capital of Baja California Sur state.HistoryLoreto was the first Spanish colonial settlement of the Viceroyalty of New Spain on the Baja California Peninsula.The town was founded in 1697 by Jesuit missionaries, who found a steady spring of fresh water on this site, as the Misión Nuestra Señora de Loreto. Loreto is known for wildlife, historic sites, nature, adventure, and outdoors. Your plan includes some of its best attractions: explore the striking landscape of Parque Nacional Bahia de Loreto, get outside with Loreto Guide with Said Orozco, take in the exciting artwork at Richard Jackson Galeria, and take in the architecture and atmosphere at Misión San Francisco Javier de Viggé-Biaundó.

For more things to do, traveler tips, maps, and tourist information, refer to the Loreto tour planner.

Drive from La Paz to Loreto in 4.5 hours. In December in Loreto, expect temperatures between 77°F during the day and 58°F at night. Wrap up your sightseeing on the 31st (Tue) early enough to travel back home.
more less