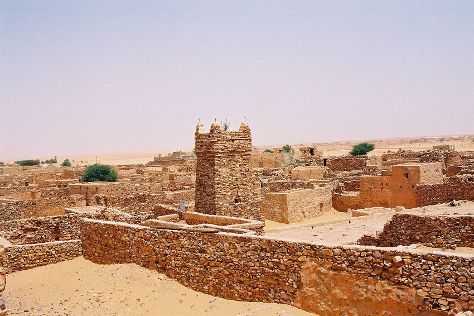 ©
Chinguetti is a ksar or a Berber medieval trading center in northern Mauritania, located on the Adrar Plateau east of Atar.Founded in the 13th century as the center of several trans-Saharan trade routes, this small city continues to attract a handful of visitors who admire its spare architecture, scenery and ancient libraries. On the 11th (Wed), get your bearings at Bibliotheque Habott and then contemplate in the serene atmosphere at Chinguetti Mosque.

Dakar, Senegal to Chinguetti is an approximately 17.5- hour car ride. You can also do a combination of car and flight. Traveling from Dakar in March, expect Chinguetti to be somewhat warmer, temps between 38°C and 26°C. On the 11th (Wed), wrap the sightseeing up by early afternoon so you can travel to Ouadane.
more less

Things to do in Chinguetti 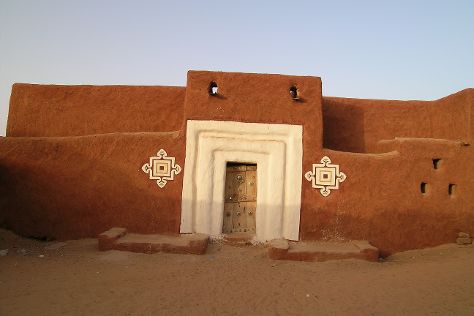 ©
Ouadane or Wādān is a small town in the desert region of central Mauritania, situated on the southern edge of the Adrar Plateau, 93 km northeast of Chinguetti. Start off your visit on the 12th (Thu): explore the ancient world of Ancient Ksour of Ouadane, Chinguetti, Tichitt and Oualata.

For traveler tips, where to stay, maps, and other tourist information, go to the Ouadane online trip maker.

Drive from Chinguetti to Ouadane in 2.5 hours. Wrap up your sightseeing by early afternoon on the 12th (Thu) to allow enough time to travel to Nouakchott.
more less

Things to do in Ouadane 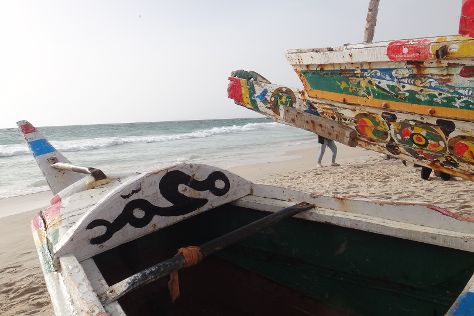 Nouakchott, which means "place of the winds" in Berber language, serves as the capital and largest city of Mauritania, and one of the largest cities in the Sahara.

Start off your visit on the 13th (Fri): browse the fresh offerings at Galerie Zeinart, contemplate in the serene atmosphere at Saudi mosque, get into the urban bustle at Centre culturel francais St Exupery, then tour the pleasant surroundings at Plage de Nouakchott, and finally hunt for treasures at Marche aux Khaimas. Here are some ideas for day two: explore the striking landscape of Banc d'Arguin National Park.

For more things to do, reviews, other places to visit, and tourist information, use the Nouakchott online trip itinerary planner.

Use the Route module to find suitable travel options from Ouadane to Nouakchott. Expect a daytime high around 38°C in March, and nighttime lows around 20°C. Wrap up your sightseeing on the 14th (Sat) to allow time to travel back home.
more less

Things to do in Nouakchott