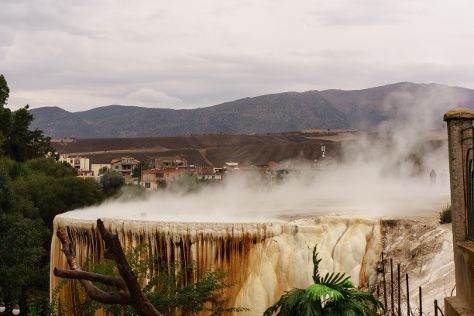 ©
Annaba, informally known as Balad al-Unnâb, and Bona is a city in the north-eastern corner of Algeria near the Seybouse River, located in an eponymous province. Change things up with these side-trips from Annaba: Parc National El Kala (in El Kala), Souk Ahras (Madaure Ruins & Thubursicum) and Guelma (Hammam Debagh Hot Springs & Guelma Roman Theatre). And it doesn't end there: pause for some serene contemplation at Basilique Saint Augustin, examine the collection at Hyppone, and kick back and relax at Ain Achir Beach.

To find reviews, other places to visit, photos, and other tourist information, you can read our Annaba trip itinerary app .

Cranbrook, Canada to Annaba is an approximately 25-hour flight. Due to the time zone difference, you'll lose 8 hours traveling from Cranbrook to Annaba. Traveling from Cranbrook in November, expect Annaba to be much warmer, temps between 25°C and 13°C. Finish up your sightseeing early on the 6th (Wed) so you can go by car to Constantine.
more less 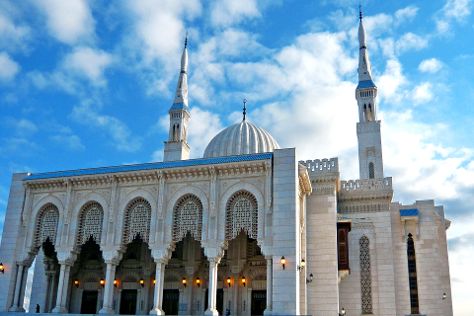 ©
Not to be confused with Constantinople, the historical city from 330 to 1453 in Thrace, now Istanbul, Turkey.Constantine is the capital of Constantine Province in north-eastern Algeria. You'll find plenty of places to visit near Constantine: Skikda (La Place & Port de Stora). Next up on the itinerary: snap pictures at Pont Sidi M’Cid, make a trip to Theatre Regional de Constantine, contemplate in the serene atmosphere at Emir Abdelkader Mosquee, and take an in-depth tour of Musee National Cirta.

Drive from Annaba to Constantine in 2 hours. Alternatively, you can take a bus. Plan for slightly colder temperatures traveling from Annaba in November, with highs in Constantine at 21°C and lows at 7°C. Cap off your sightseeing on the 12th (Tue) early enough to catch the train to Batna.
more less

Skikda
Find places to stay Nov 6 — 12:
Hotels on TripAdvisor
Homes on Airbnb
Highlights from your plan 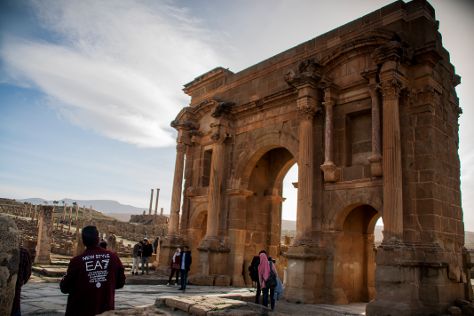 ©
Batna is the main city of Batna Province, Algeria. Step out of Batna to go to Timgad and see Roman Ruins Timgad, which is approximately 46 minutes away. There's much more to do: explore the ancient world of Timgad, appreciate the history behind 1st November Mosque, walk around Mbarkia, and take in breathtaking views at Ghoufi.

To find maps, ratings, other places to visit, and more tourist information, go to the Batna vacation planner.

Traveling by train from Constantine to Batna takes 2 hours. Alternatively, you can drive. In November, plan for daily highs up to 20°C, and evening lows to 4°C. You will leave for Setif on the 17th (Sun).
more less 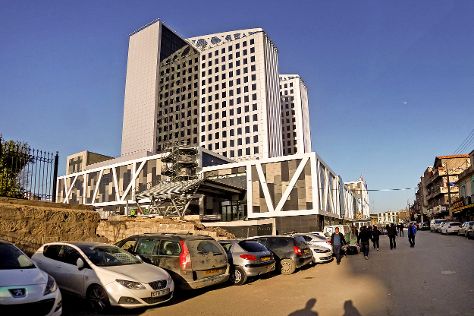 Provincial capital Setif retains much of its ancient past and looks proudly to the future.

Plan my Setif trip by asking Inpirock to come up with tips and suggestions.

Traveling by car from Batna to Setif takes 2.5 hours. Alternatively, you can take a train. In November, daily temperatures in Setif can reach 18°C, while at night they dip to 5°C. You will leave for Bejaia on the 22nd (Fri).
more less

Things to do in Setif

A Mediterranean port and provincial capital, Bejaia juxtaposes ancient monuments and national parks with the center of the Algerian and Western Mediterranean oil industry.

Get out of town with these interesting Bejaia side-trips: Barage de Taksebt (in Tizi Ouzou), Jijel (Parc Animalier de Kissir - El Aouana & Caves of Jijel) and Djurdjura National Park (in Bouira). The adventure continues: get outside with Parc National De Gouraya, go for a walk through Pic des Singes, take a leisurely stroll along Promenade Brise de mer, and take in the dramatic natural features at Cap Carbon.

Drive from Setif to Bejaia in 3 hours. Alternatively, you can take a train; or take a bus. In November, Bejaia is somewhat warmer than Setif - with highs of 25°C and lows of 13°C. Cap off your sightseeing on the 27th (Wed) early enough to travel to Algiers.
more less

Things to do in Bejaia 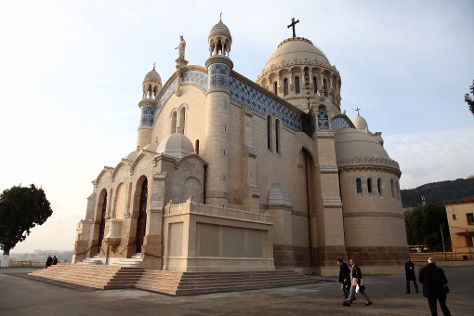 Get out of town with these interesting Algiers side-trips: Blida (Chrea National Park, Mausolee Sidi Yakoub, & more). The adventure continues: take in nature's colorful creations at Le Jardin d'Essai du Hamma, pause for some photo ops at Memorial du Martyr, explore the world behind art at National Museum of Fine Arts of Algiers, and pause for some serene contemplation at Basilique Notre Dame d'Afrique.

For reviews, maps, where to stay, and other tourist information, refer to the Algiers visit planning website .

You can fly from Bejaia to Algiers in 2 hours. Alternatively, you can drive; or do a combination of car and flight. In November, daily temperatures in Algiers can reach 25°C, while at night they dip to 11°C. Wrap up your sightseeing on the 5th (Thu) early enough to drive to Tipasa Province.
more less

To see traveler tips, ratings, more things to do, and other tourist information, go to the Tipasa Province day trip tool . 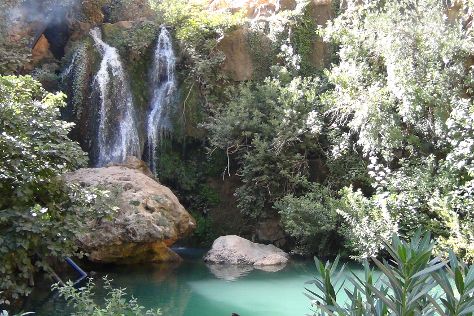 ©
Tlemcen is a city in north-western Algeria, and the capital of the province of the same name. Tlemcen is known for outdoors, historic sites, nature, and museums. Your plan includes some of its best attractions: head outdoors with Les Grottes de Beni Add, explore the striking landscape of Tlemcen National Park, admire the striking features of Mosquée Sidi Boumediene, and make a trip to Citadelle et Palais El Mechouar.

Mansoura
Find places to stay Dec 10 — 16:
Hotels on TripAdvisor
Homes on Airbnb
Highlights from your plan

Venture out of the city with trips to Mostaganem (Hadjadj Plage & Cap Ivi Lighthouse). The adventure continues: contemplate the long history of Fort Santa Cruz, don't miss a visit to La Porte d'Espagne, take in the architecture and atmosphere at La Cathedrale du Sacre Coeur, and take in the spiritual surroundings of Pacha Mosque.

For other places to visit, more things to do, and tourist information, read Oran trip planner .